Co-production in our crossborder region: The Netherlands, Belgium, Germany and Luxembourg.

Join us and participate in the Crossborder Film Conference to hear all about the international co-production in our crossborder region! You can take part in the one-on-one FilMatch-meetings and Euregion Film Pitch - to win money for the development of a feature project - as well!

Part of the Conference is the Euregion Film Pitch. This Pitch Forum also gives you the opportunity to pitch your own feature fiction or documentary project to win a development grant. Develop your own projects, receive precious feedback from a qualified jury and unspool new ideas by networking with like-minded creators.

Lastly, don’t miss the FilMatch - a matchmaking session for producers to meet potential co-producers, and discover all the possibilities (and people) crossborder localisation offers for the film world and its development.

10:30 Keynote | What will the film industry look like in the future?

During the opening session, Doreen Boonekamp (Chair of the OMC group of Member States’ Experts on coproductions in the audiovisual sector) and Dorien van de Pas prepared a brief market overview on developments and trends in the audiovisual industries these times, focusing on financing and international co-producing.

During the Co-production Case Studies, the guest producers Marc Bary & Maria Tsigka (The Man From Rome) and Dries Phlypo & Ineke Kanters (My Dad Is A Sausage) will present the project of their recent co-production, talk about the funding path, working crossborder, the distribution, its benefits and challenges.

The case study projects are:

- MY DAD IS A SAUSAGE
producers: A Private View (BE), The Film Kitchen (NL) and Leitwolf TV & Film (GER)

Selected international participants from Netherlands, Germany, Belgium and Luxembourg will present their film ideas (feature or documentaries) and compete for the chance of winning €2.000 development grant.

2. THE SOLE OF THE FLYING HERON

Performance artist Lingyun Cao is given a year to find a job or else he needs to leave the Netherlands.

Next to that, the participants of the CineSud ScriptLab 2020 & 2021 will pitch their script that they have been developing in ScriptLab during the year with the aim to present their project to producers and to win €500.

Months after the disappearance of his daughter Miriam, Jacob learns that she has died. The only thing left of her to bury is a bone fragment. Jacob experiences a crisis-of-faith and is confronted to the tight-knit Christian community he lives in.

Nina's partner breaks off their relationship at the beginning of their backpacking trip through Asia. Nina tries to make it through the trip alone and learns through trial and error to transform her vulnerability into strength.

Elsie (9) goes on an adventurous road trip with a fish in a bowl and Grandpa's ashes in an urn.The journey through the Dutch landscape reflects her inner journey.

Meet, mingle and munch with the conference's interesting guests and visitors as you engage in driven conversations around a refreshing lunch.

During the Follow the Money-panel national and regional funds will briefly state key points of the funding possibilities and their respective role in a (co-)production. Afterwards a panel of producers will join and talk with each other about international collaboration, the challenges and the future of it, in regards of the changing financing- en producing-landscape.

Guests will be able to meet the representatives during Networking Drinks.

14:15 Panel | The Creative Side of International Co-producing

During this panel, we will talk with directors, producers and crewmembers about the artistic and creative side of international co-production.

Guests will be able to meet the representatives during Networking Drinks.

Stay for the networking drinks to find out the winners of Euregion Film Pitch and to meet and socialize with the conference guests and visitors and engage in driven conversations around refreshing beverages. Part of the networking part is the FilMatch; one-on-one matchmaking sessions.

During a matchmaking session FilMatch producers and attendees will meet potential co-producers to further develop the projects, seek advice and/or to simply introduce themselves. During one hour, the participants will have 10-minutes meetings with producers from Euregion: the Netherlands, Germany, Belgium & Luxembourg.

Projects that will take part in the FilMatch:

Discover the winners of the Euregion Film Pitch and Script Pitch!

You can find the complete program of the Crossborder Film Conference above. You can register for the accreditation by clicking on the following button. After your accreditation is approved, you will be sent a link to purchase the ticket. The accreditation costs 25,00€ including lunch (24,00€ + 1,00€ service costs).

Apply for the accreditation here! 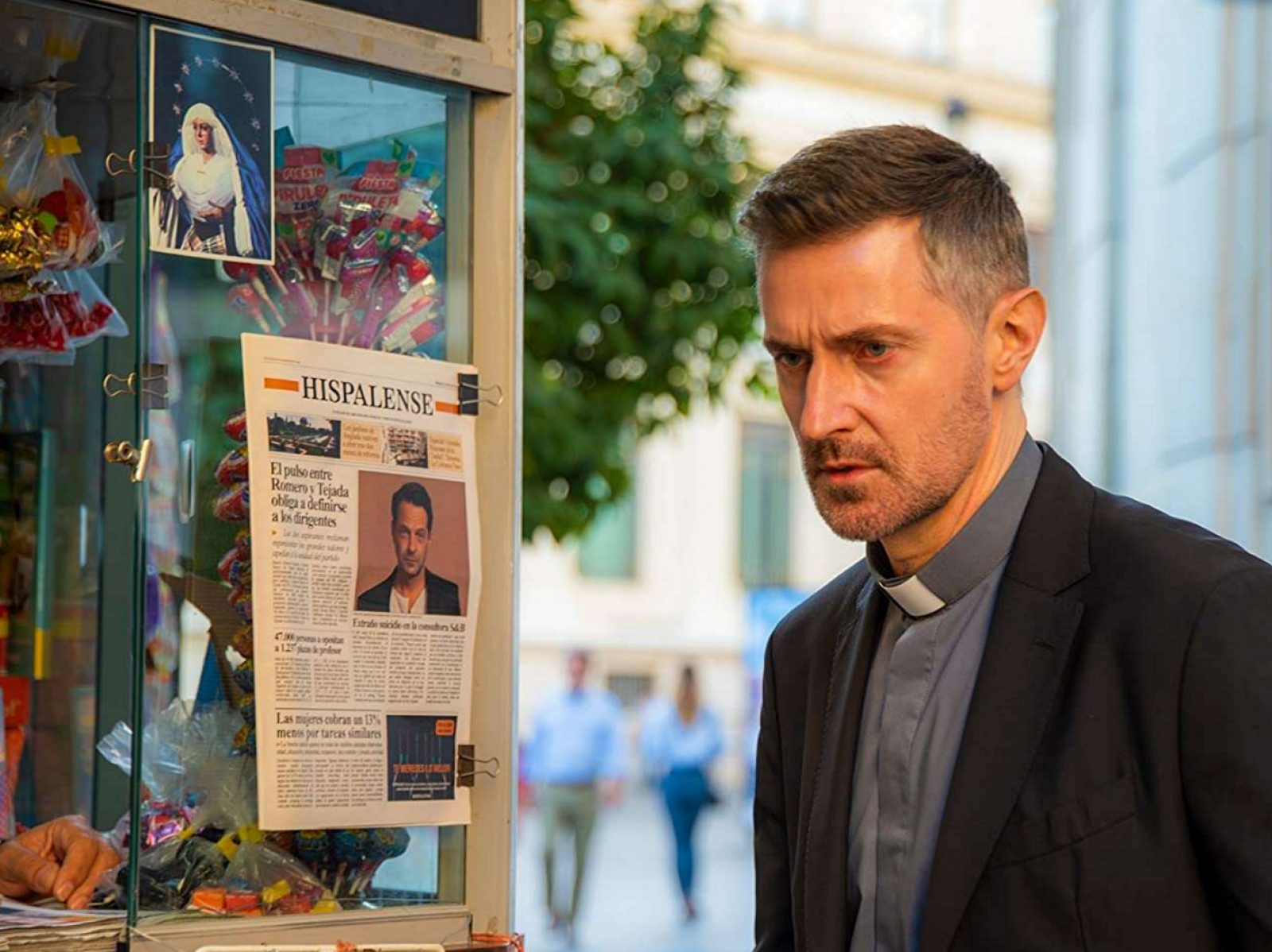 A computer hacker penetrates Vatican security and sends an urgent anonymous plea to the pope. Handsome Father Quart, of the church's Institute of External Affairs, an arm of the Vatican intelligence, is dispatched to investigate. The message of the hacker concerns a crumbling 17th century Baroque church in the heart of Seville that apparently "kills to defend itself". 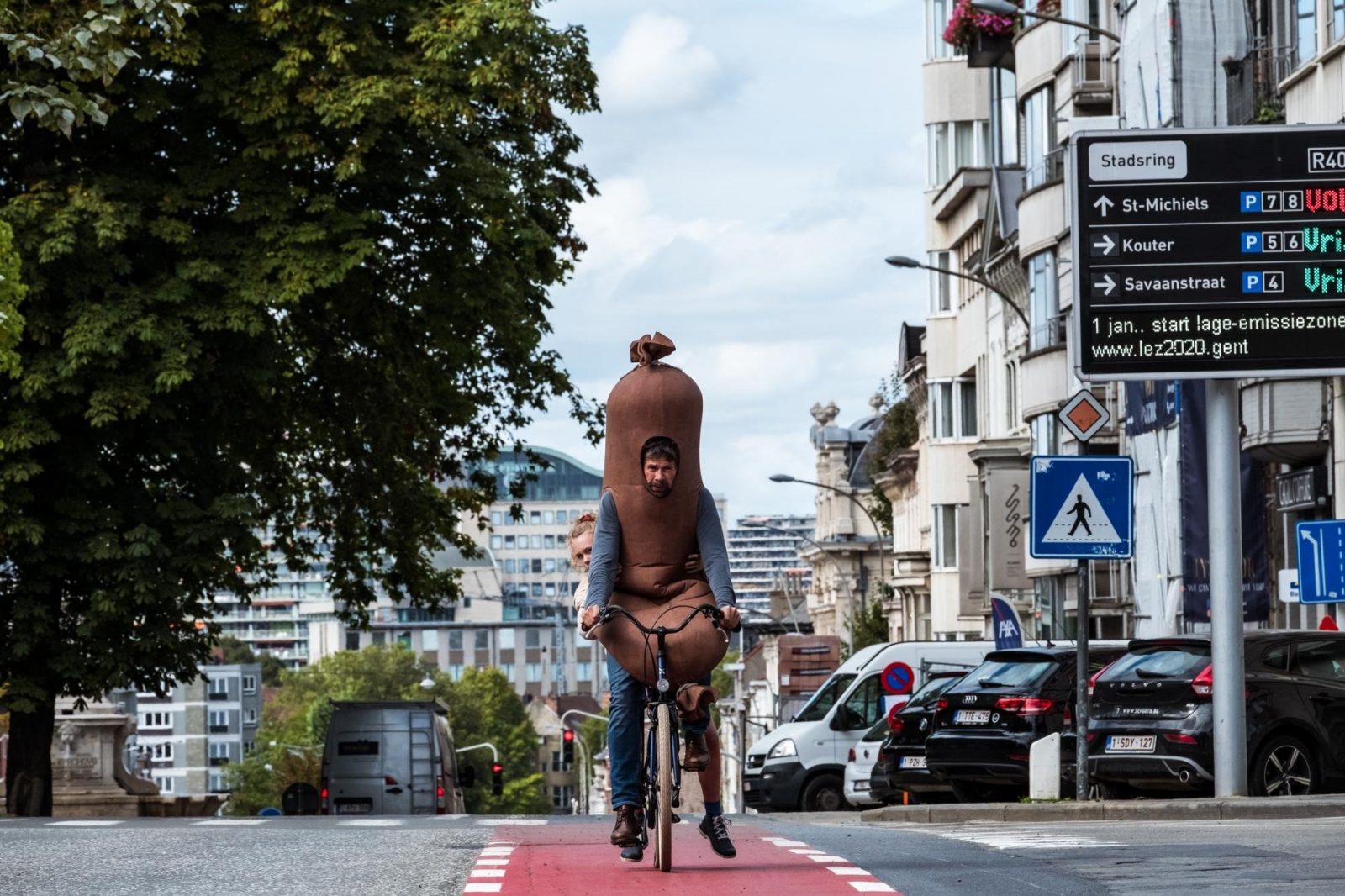 My Dad is a Sausage | Anouk Fortunier

A father leaves his unhappy job at a bank to pursue an acting career. 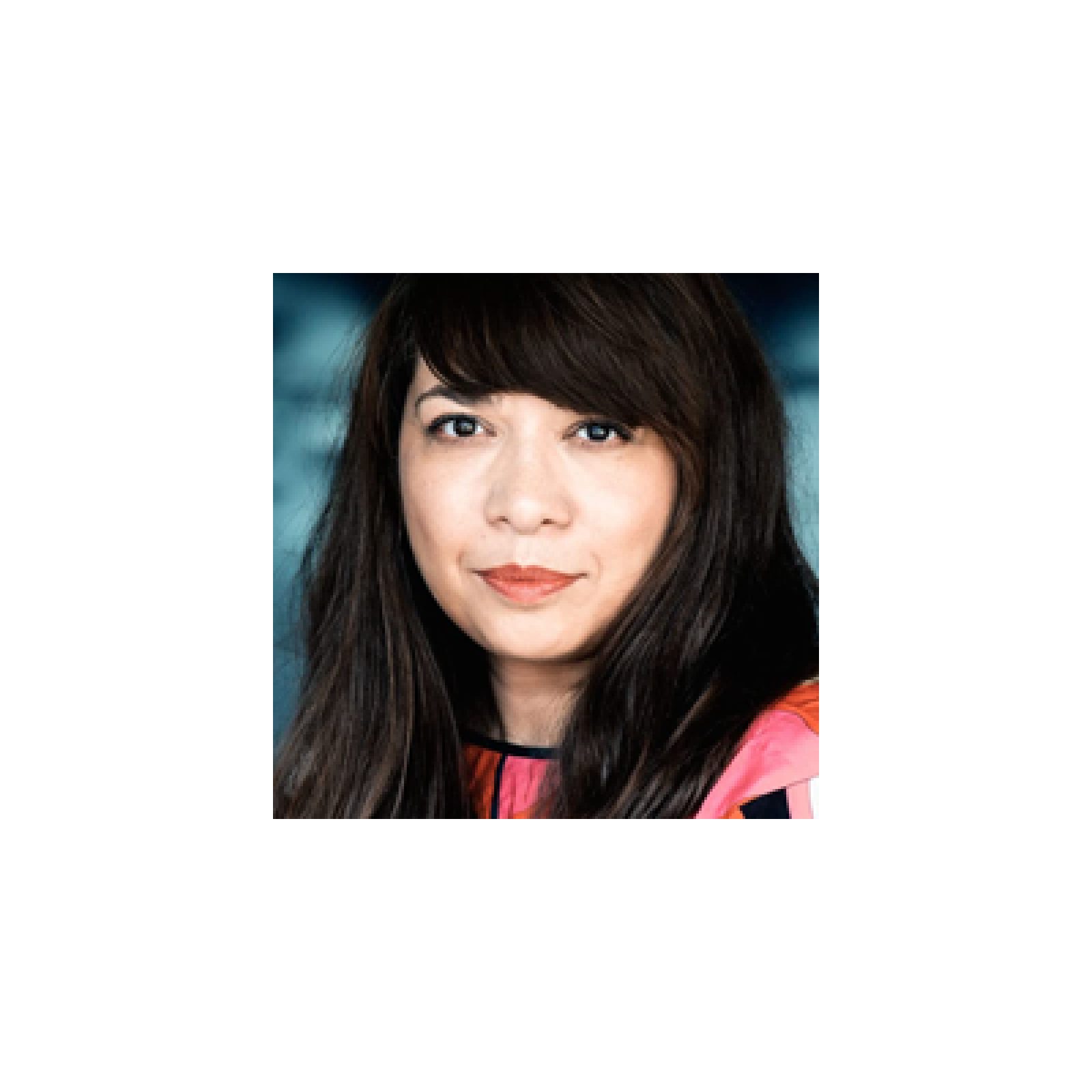 Anita Elsani (Producer) is a German film producer based in Cologne. Anita studied film production at the University of California, Los Angeles. Over ten years ago she founded Elsani Film GmbH, and has since produced over 50 films (both short and features) for cinema and television. 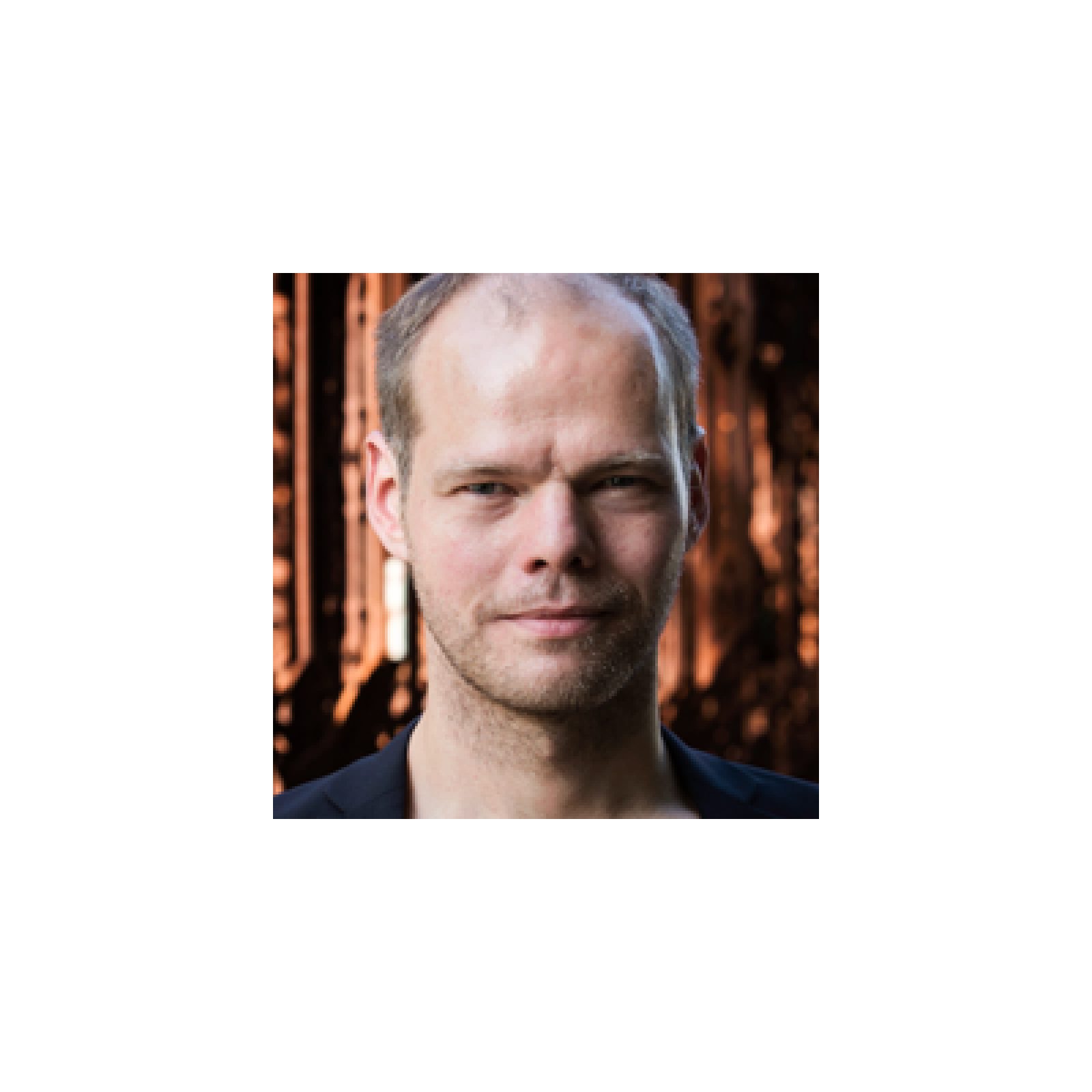 Peter De Maegd (Producer) is the founder of Potemkino, a Belgium based production company. The company poduces international projects and co-production properties such as Lilly The Witch, Iron Sky and Immenhof. In Belgium, Potemkino focuses on working with new talent and launching them internationally. 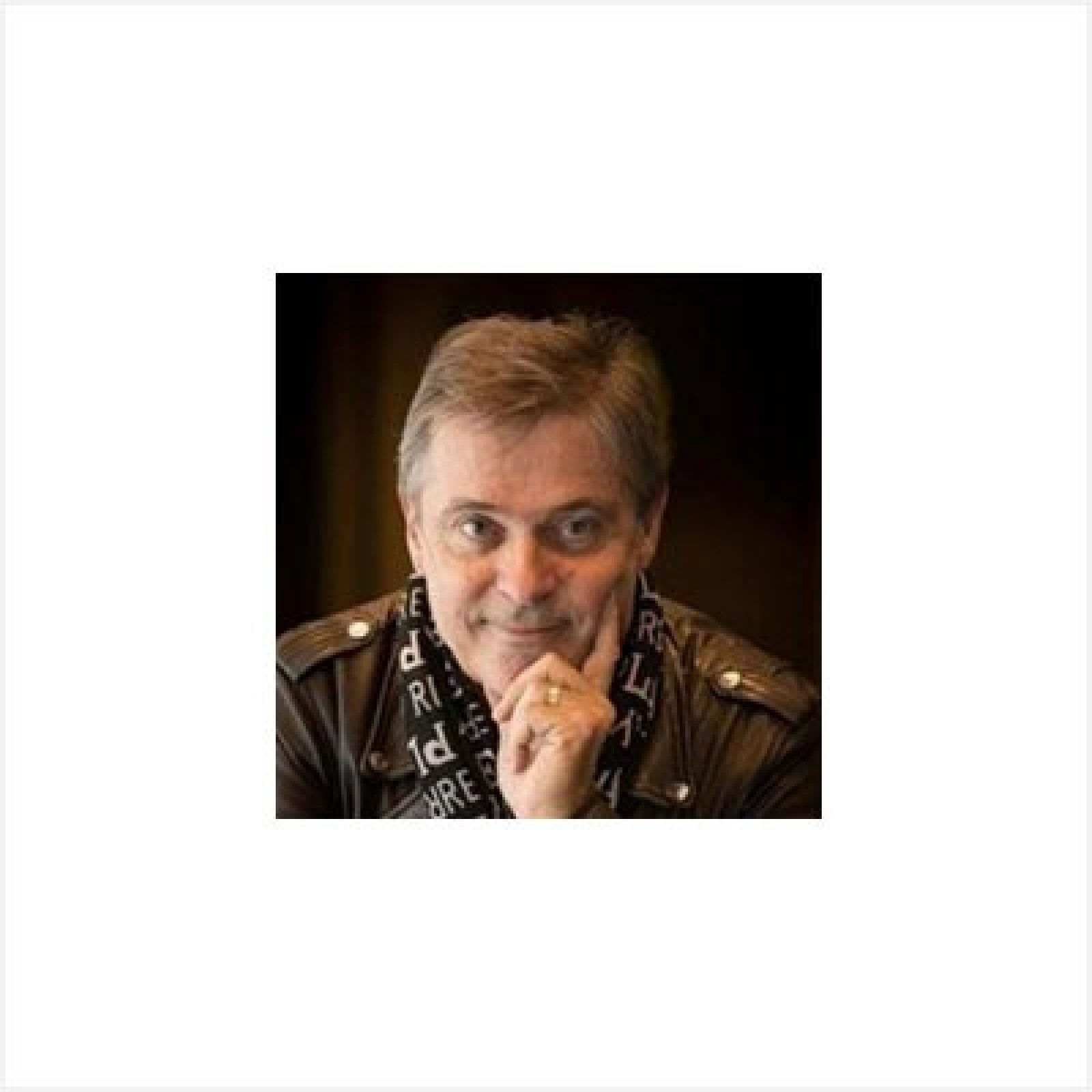 Paul Thiltges (Producer) is a film producer, sales agent, and is currently managing director of Paul Thiltges Distribution, which he has founded in 1993. Active in the film industry since 1986, he has co-founded numerous film institutions and presides Luxembourg’s Producers Association ULPA.

Discovers the speakers and guest, that will be joining us for the Crossborder Film Conference and share their expertise with us! 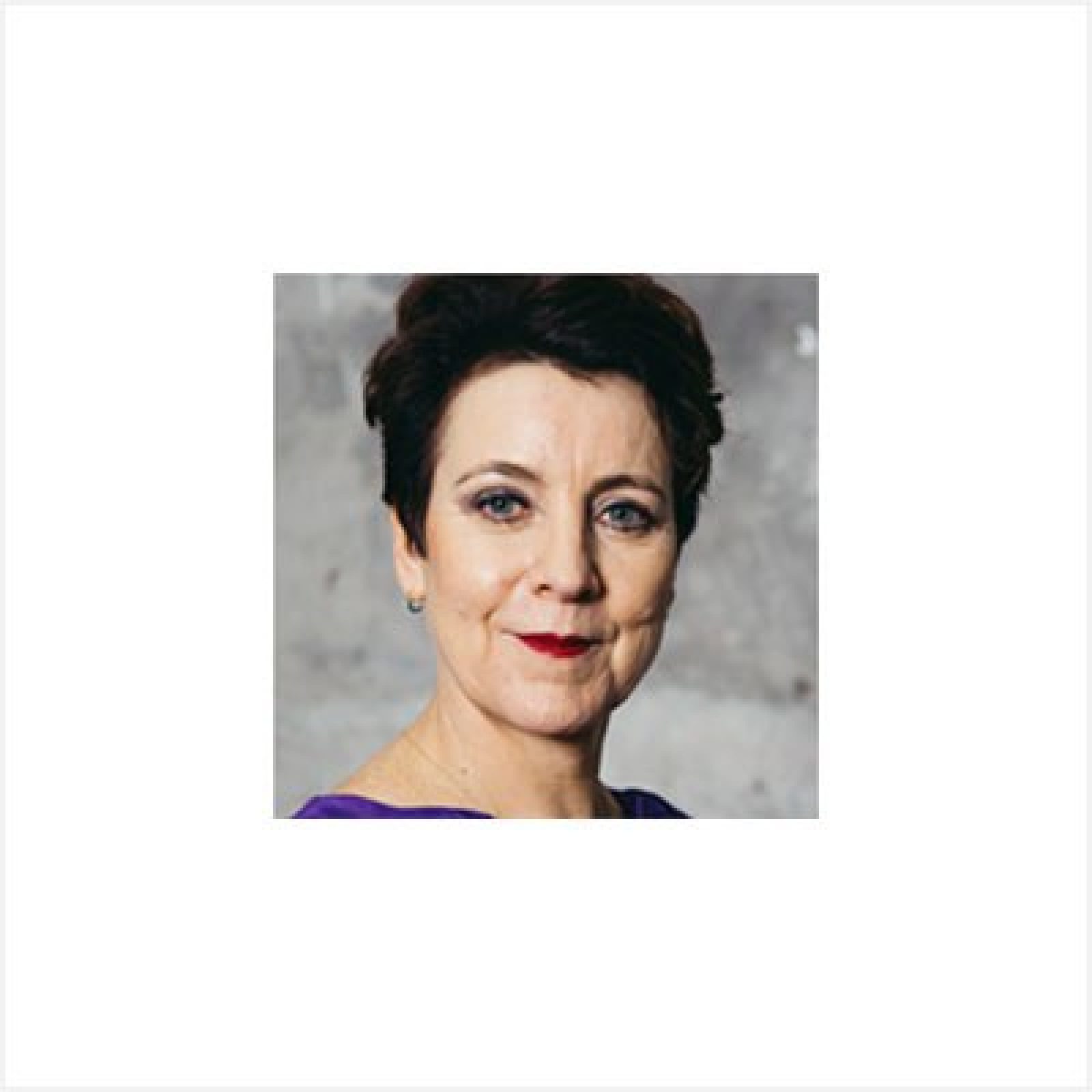 Dorien van Pas graduated from Radboud University Nijmegen in Film and Performing Art in 1989. She was Head of New Screen NL program within the Netherlands Film Funds (2012-2020). She created her own advising agency Dial M Creative Consultancy in 2020 to offer her expertise in the film industry and the audiovisual and cultural sectors. 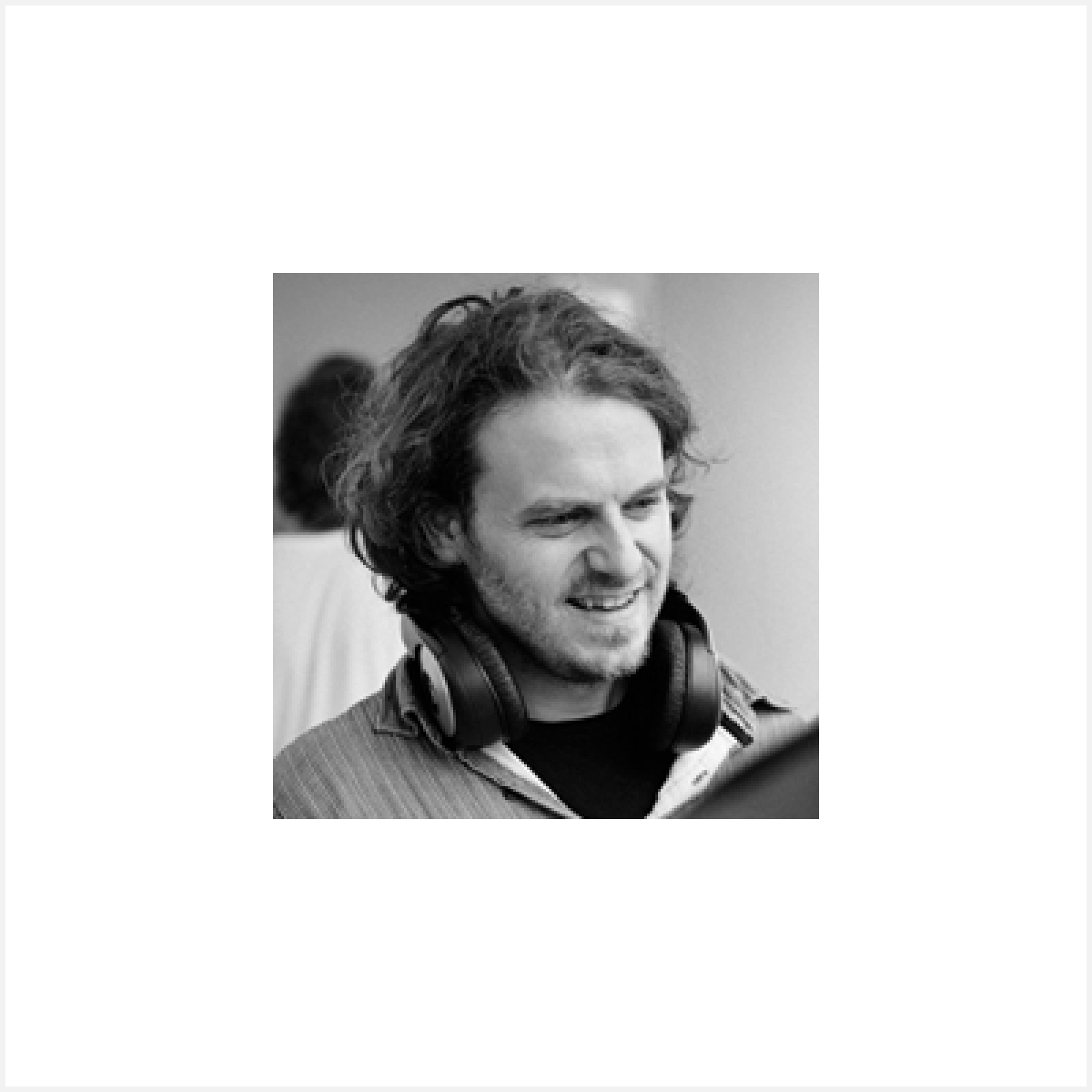 Jaap van Heudsen (1979) made his debut in 2005 with the short film Een ingewikkeld verhaal, eenvoudig verteld. Over his career he directed several short films and documentaries and TV films. In 2010, he wrote and directed his first feature film, Win/Win. His most recent feature film, The man from Rome, will be released later in the year 2022. 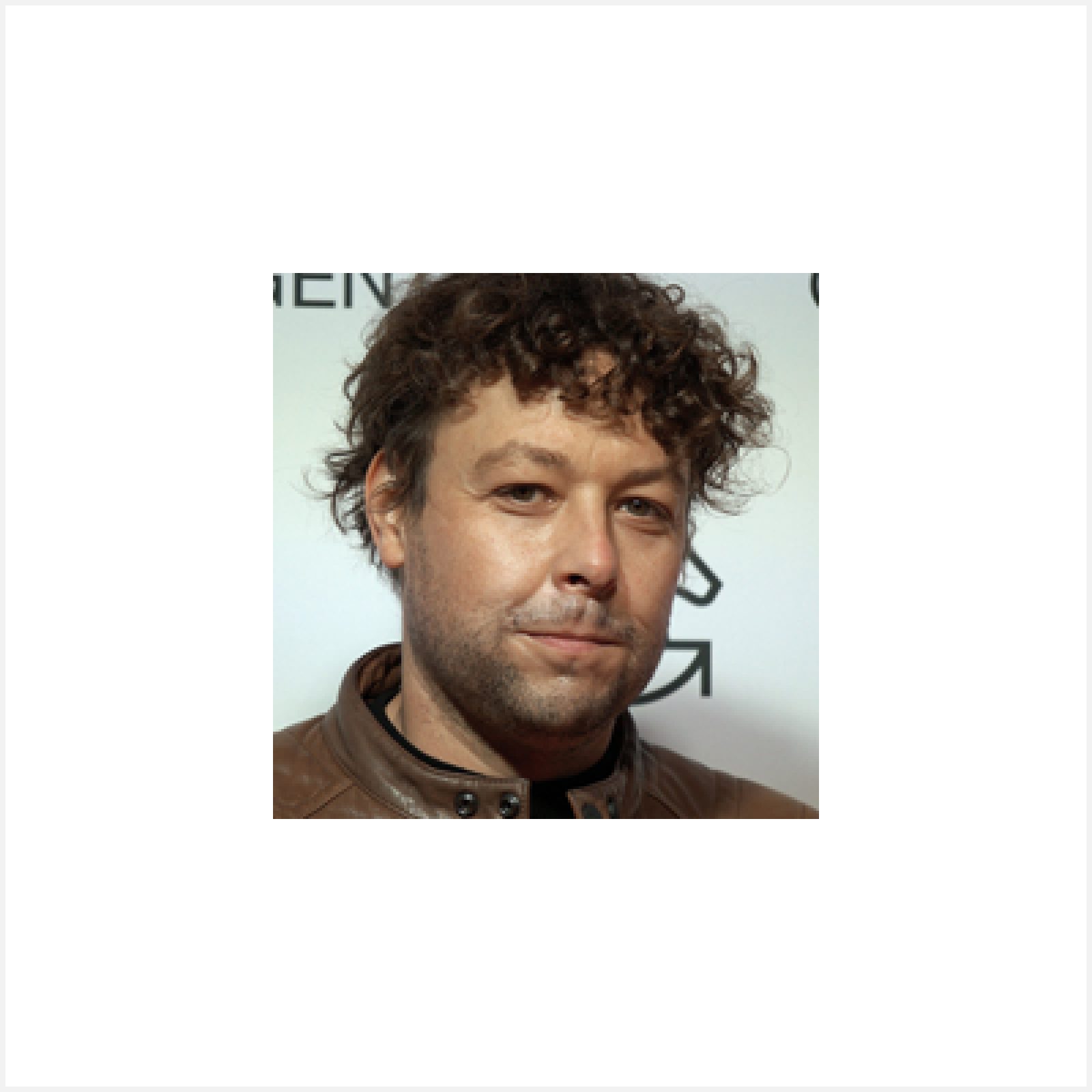 Dries Phlypo (1977) is producer and managing director at A Private View, Lemming Key and Mockingbird Productions. To this day he produced six features, and co-produced more than 25 international features. such as My Dad is a sausage (2021) The Best of Dorien B. (2019) Zagros (2017). He is a board member of the Flemish producers’ association (VOFTP) and of Les Ateliers Du Cinéma Européen (ACE). 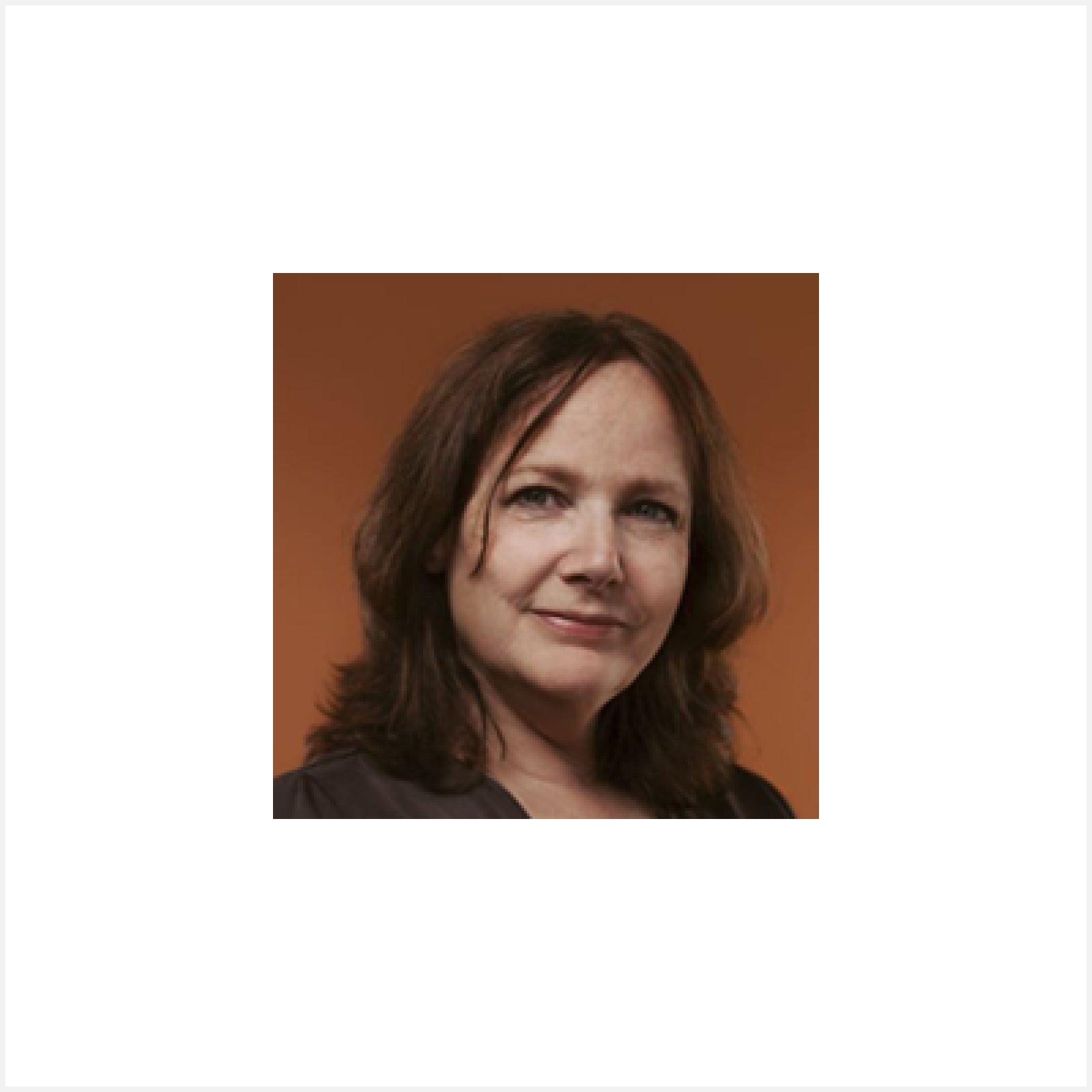 Ineke Kanters studied Social History in Rotterdam. In January 2016, she founded The Film Kitchen with Jan van der Zanden. Her most recent projects include My Dad is a sausage (2021) De Eerste Race (2020) Een Goed Jaar (2019). She sits on the jury at CineKid and the Dutch Film Festival (Film Producenten Nederland Award). 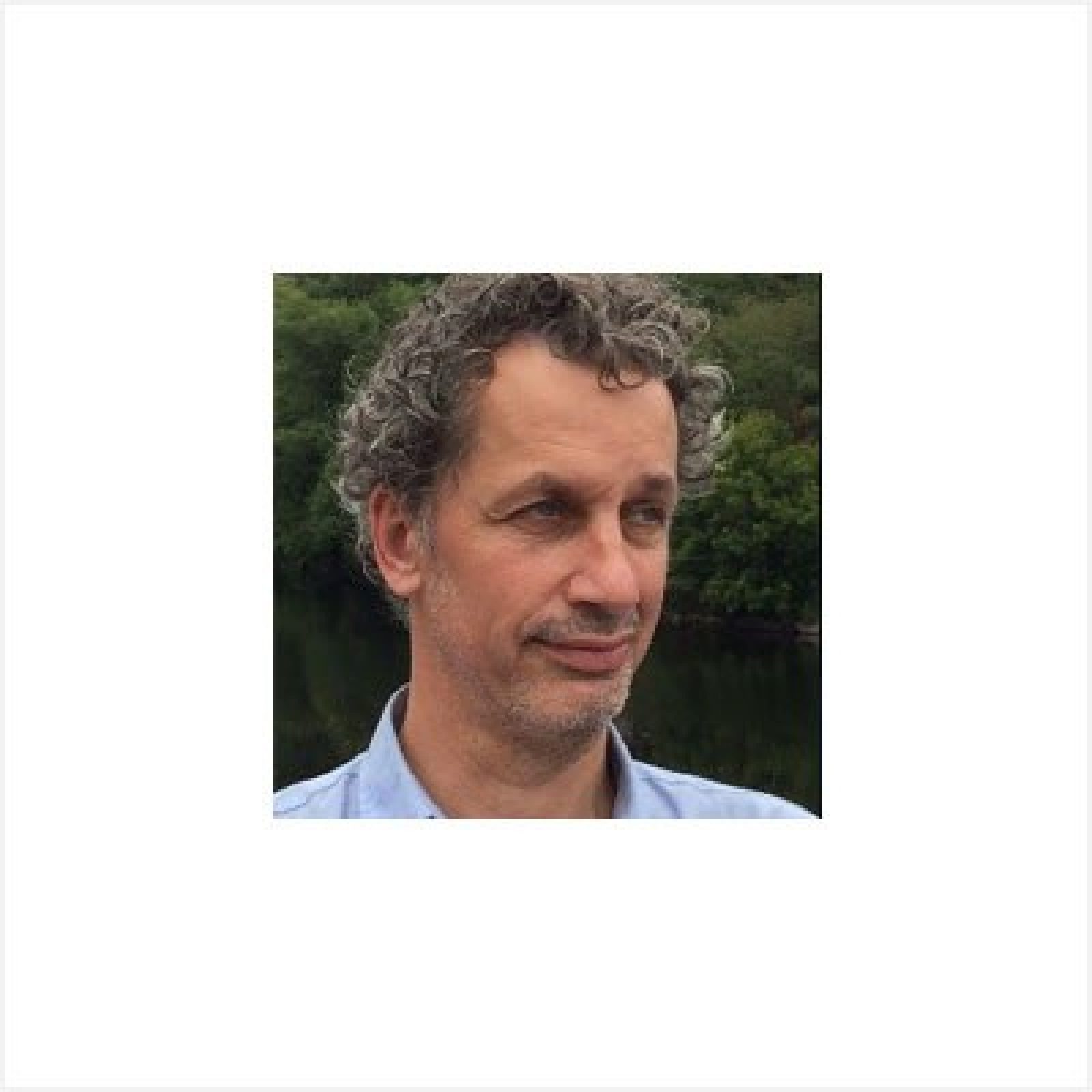 Marc Bary is the owner and main producer of Ijswater Films; Ijswater Films has produced around 55 films since its creation in 1994. Marc is also a member of the Film Producers Netherlands (FPN). His most recent works include The Man from Rome (2022) Dunya (2020) Nova (2020) amongst many others. 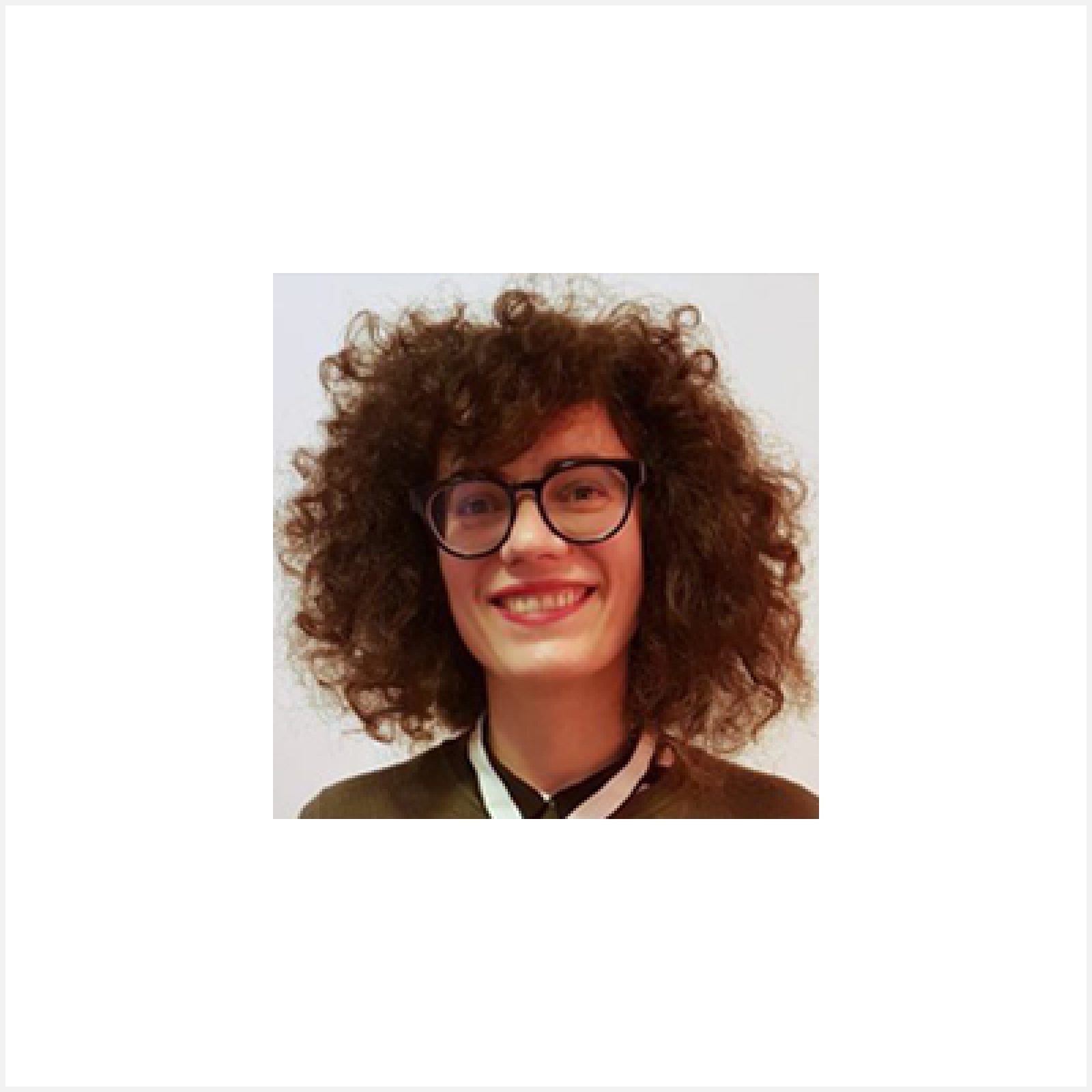 Maria Tsigka has been involved in commercial, art-house and international films since 2001. Currently, she works as a producer and scriptwriter at Fiction Park, which she founded together with Markus Halberschmidt. Her recent projects are The Man from Rome (2022), I Roza tis Smyrnis (2016) Limbo (2016). In 2015 Maria was a participant of EAVE and Inside Pictures Program. 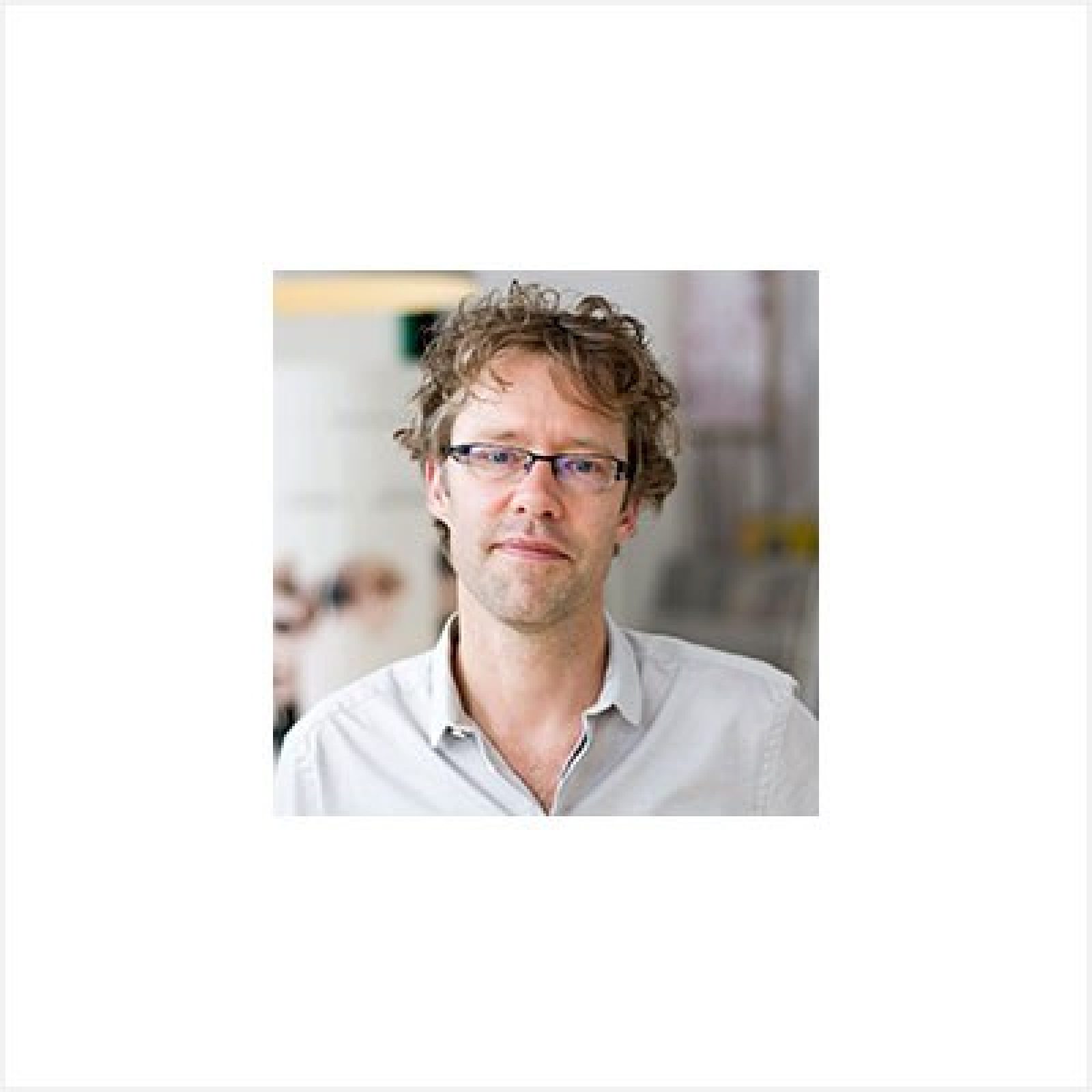 Reinier Selen is a producer at Rinkel Film in the Netherlands. He has produced national and international (co-)productions, including the acclaimed films Rafaël, Van God Los, Cool Kids Don't Cry, Nothing Personal. His co-production Rafiki has been in the Un Certain Regard competition at Cannes Film Festival 2018.

Paul Thiltges is a film producer, sales agent, and is currently managing director of Paul Thiltges Distribution, which he has founded in 1993. Active in the film industry since 1986, he has co-founded numerous film institutions and presides Luxembourg’s Producers Association ULPA. 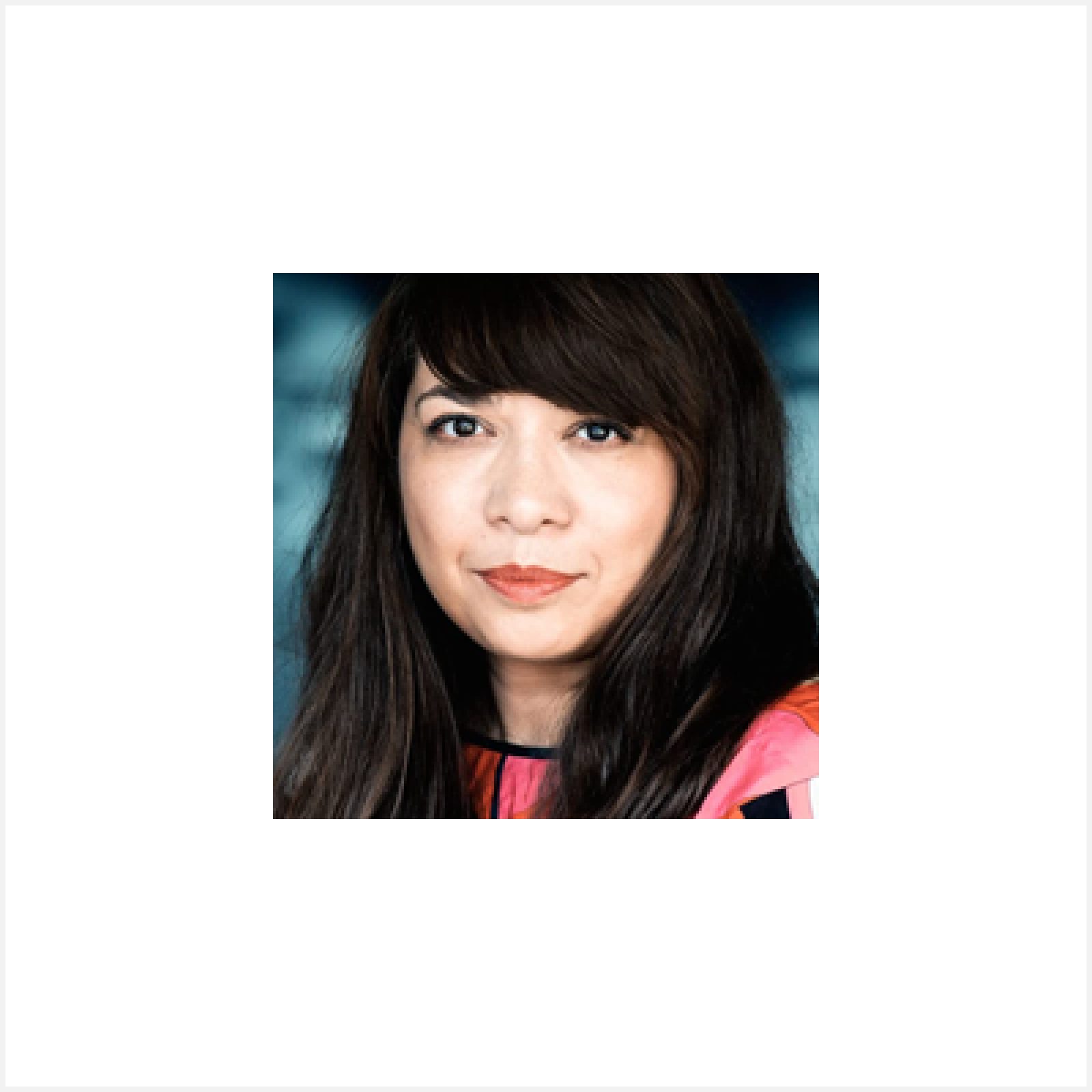 Anita Elsani is a German film producer based in Cologne. Anita studied film production at the University of California, Los Angeles. Over ten years ago she founded Elsani Film GmbH, and has since produced over 50 films (both short and features) for cinema and television. 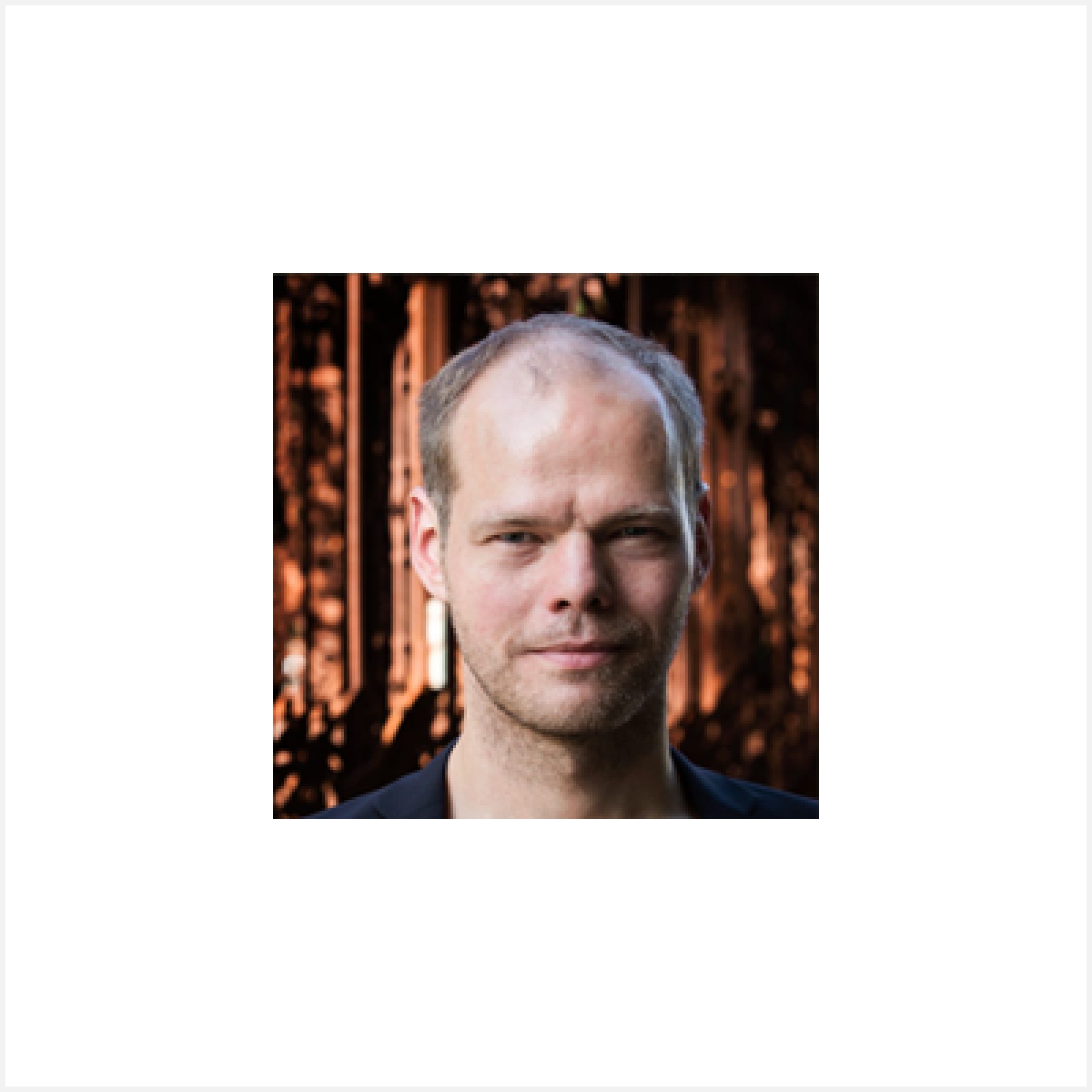 Peter De Maegd is the founder of Potemkino, a Belgium based production company. The company poduces international projects and co-production properties such as Lilly The Witch, Iron Sky and Immenhof. In Belgium, Potemkino focuses on working with new talent and launching them internationally.

Felipe Calvo Montero is a Costa Rican director based in Düsseldorf. He is known for the short films A Tale of Two Brothers and Rückkehr zum Garten meiner Mutter. 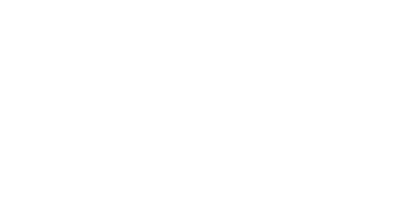 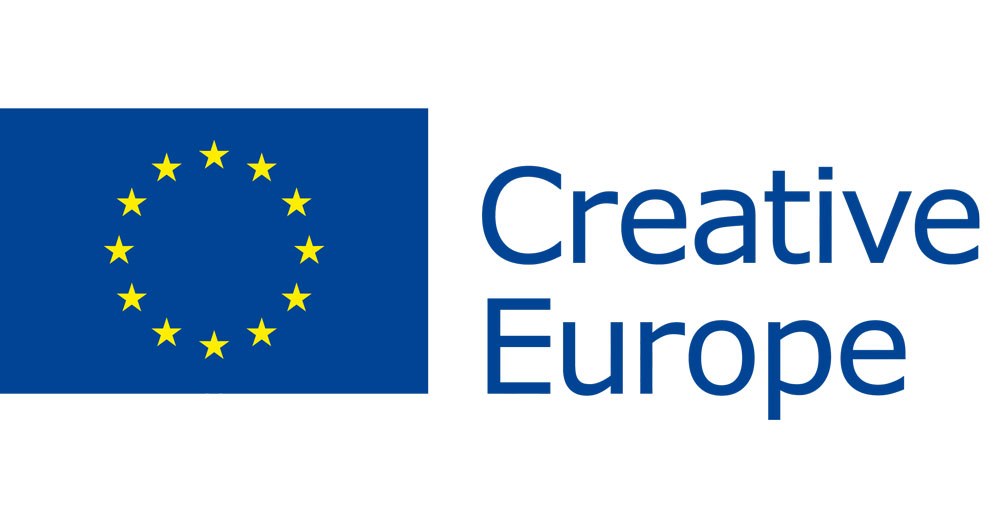