Since the 2020 edition of Interfilm Berlin, the festival organization and CineSud have joined forces to offer new film talents unique opportunities to develop themselves and their projects. With this collaboration, CineSud strengthens its valued position in the field of talent development in the international film industry yet again.

The International Script Pitch is one of the key program sections during the festival’s forum. For seven years now, the program has been inviting authors of innovative short films to pitch their projects in a competition in front of an international jury after an intensive week of workshops and coaching. This year, CineSud once again was a partner of Interfilm Berlin. As part of the partnership, Veerle de Wilde was selected for the Interfilm Berlin Script Pitch and the participation of Vincent Jansen in the masterclasses and workshops of the festival. Veerle participated in the six-day event with her project Ultraviolet. Earlier this year, Veerle already won the CineSud Zuidelijk Film Pitch with this project. CineSud supported Veerle de Wilde and Vincent Jansen with the opportunity to visit the festival.

Veerle shared her experience with us:

Interfilm was a fantastic experience! We had an intensive online script lab, where we were guided both in groups and individually and we were given the opportunity to edit our script. Once in Berlin we were received very warmly. We were given a tour of all festival locations, and we were prepared for our pitch thanks to an extensive program of workshops and masterclasses. In between we had time to enjoy a few films from the program, where it was difficult to choose from the impressive range of top films. I am very happy to have participated in the script pitch. Not only did it help me finalize my screenplay; to be able to present my film for the Script Pitch at a renowned festival like Interfilm is a great opportunity. 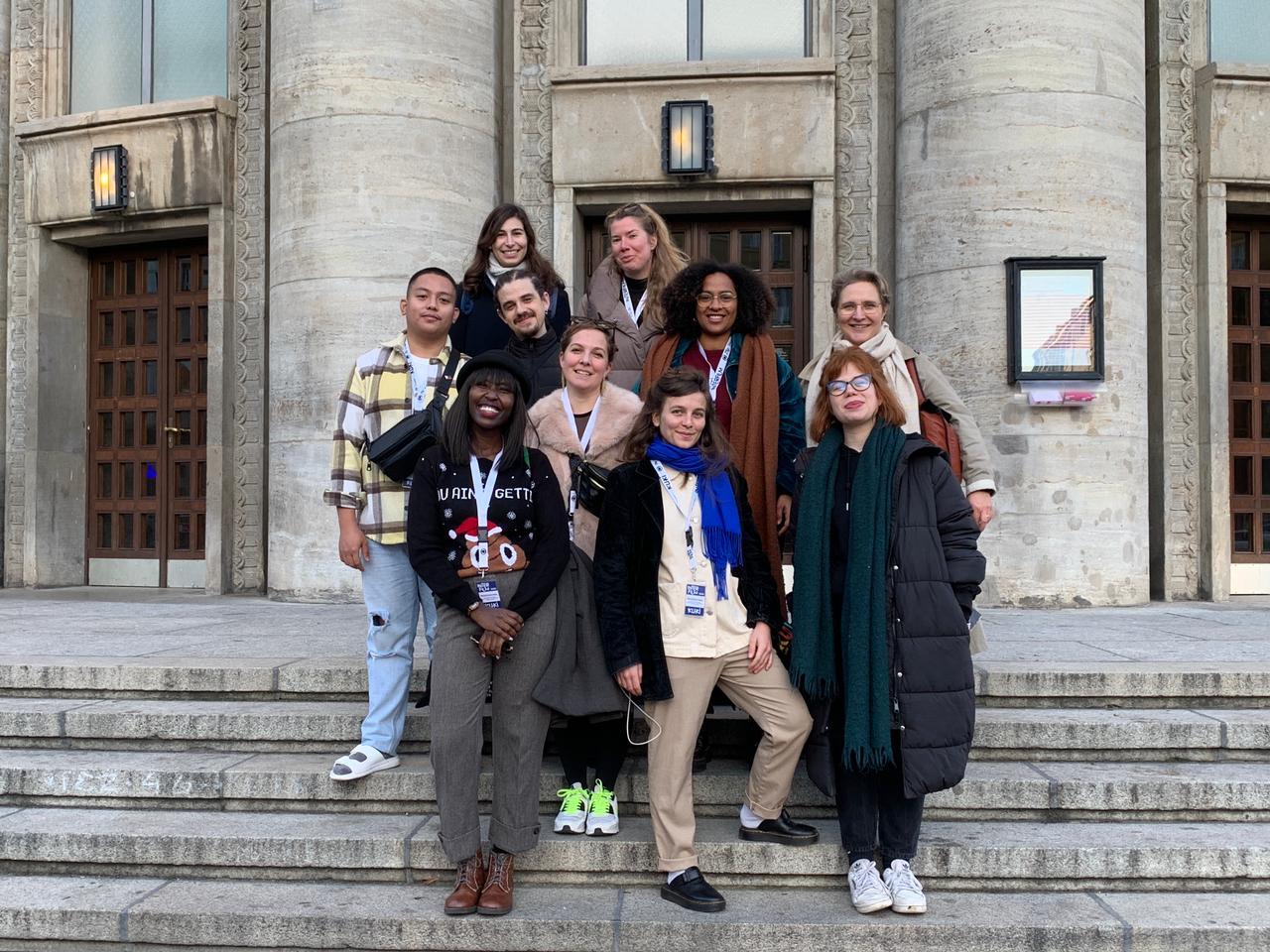 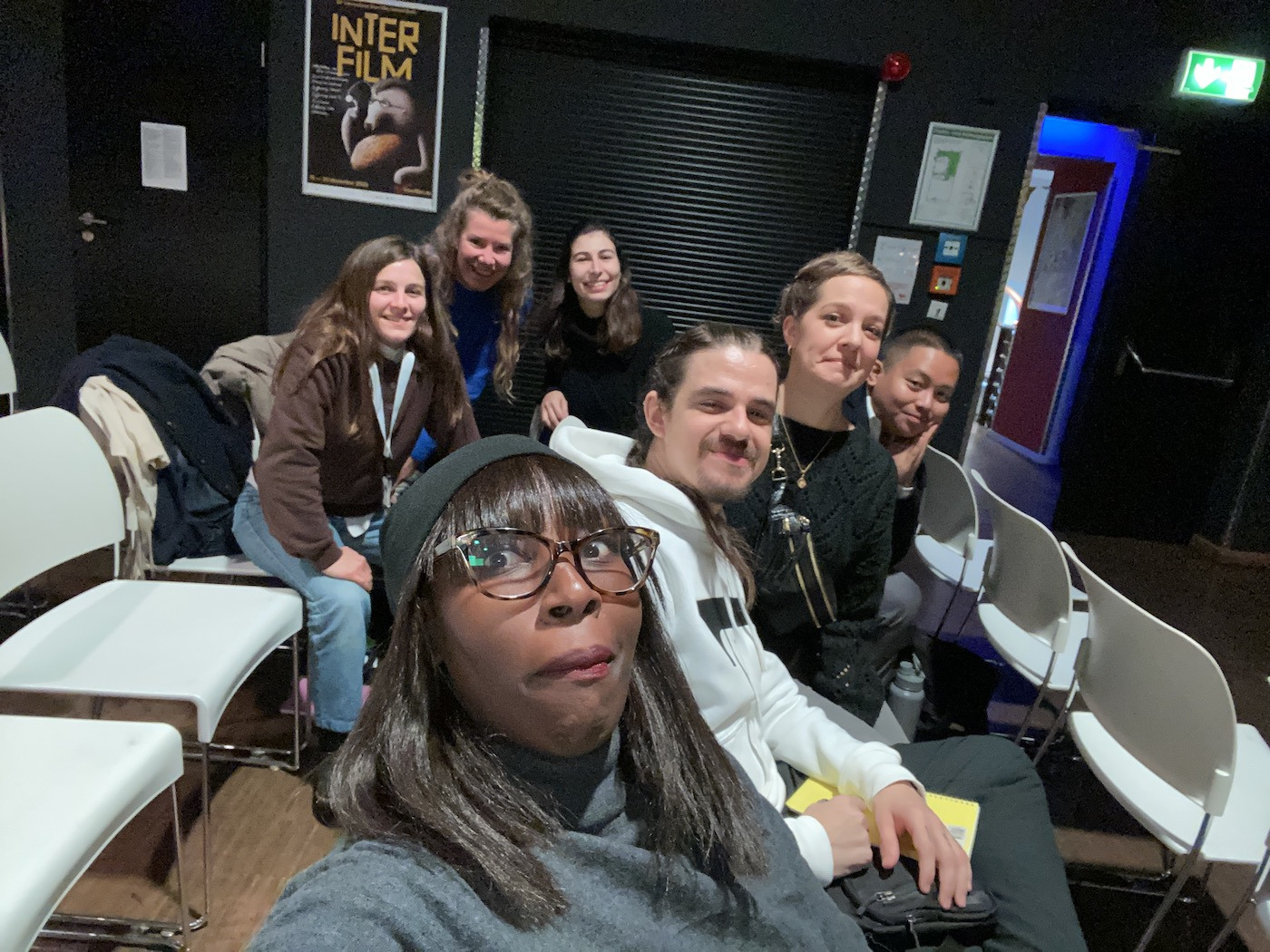 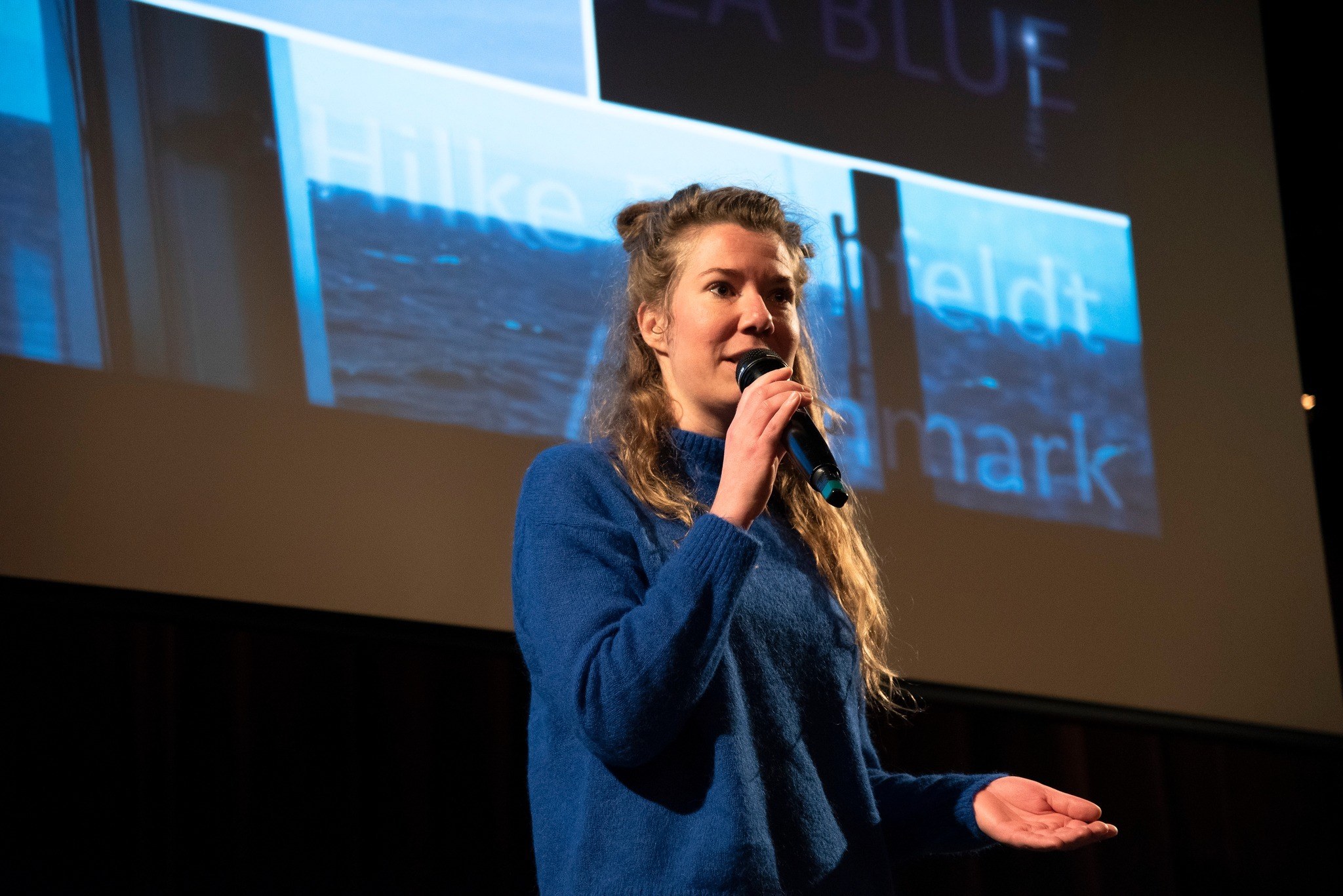 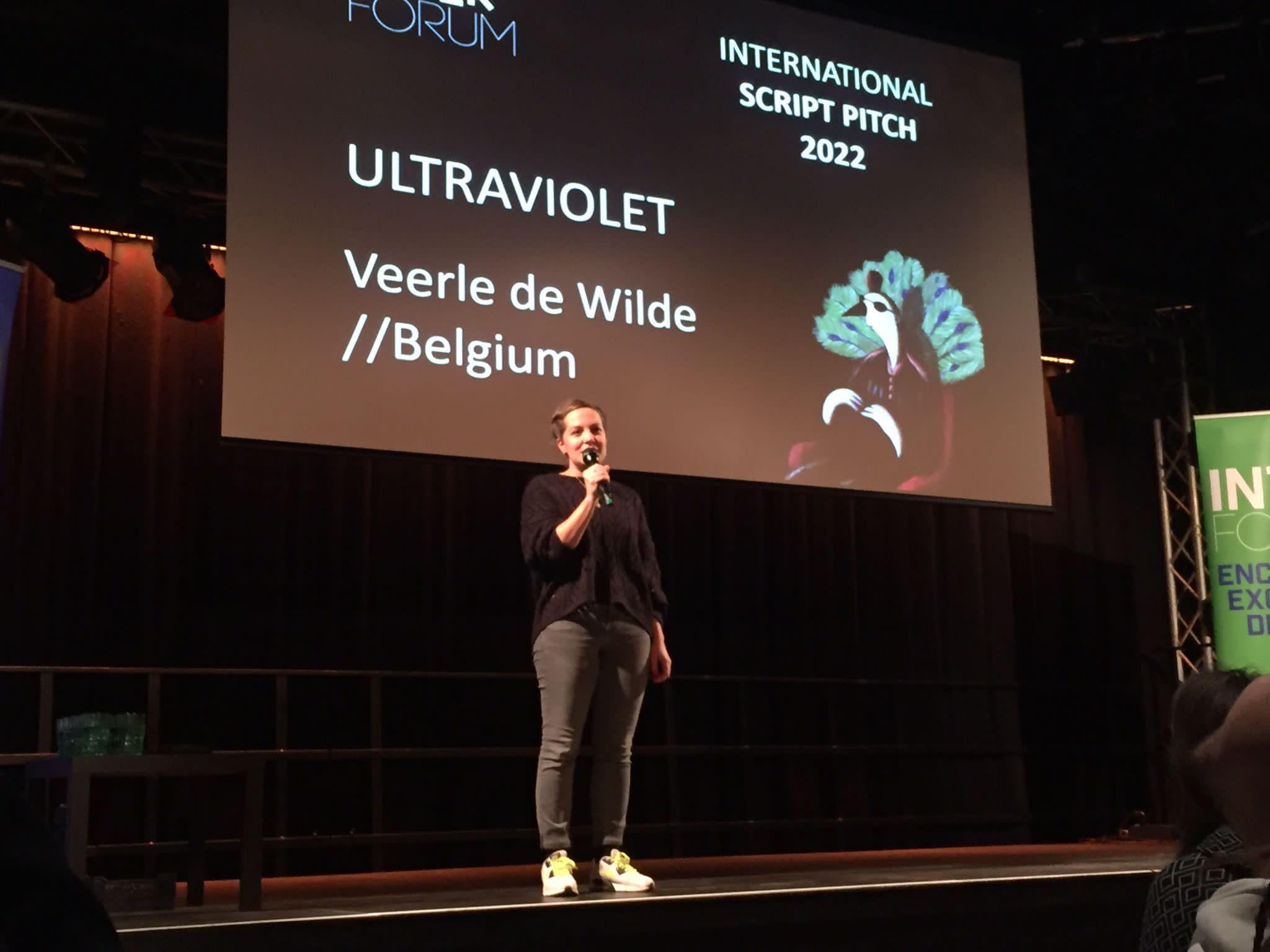 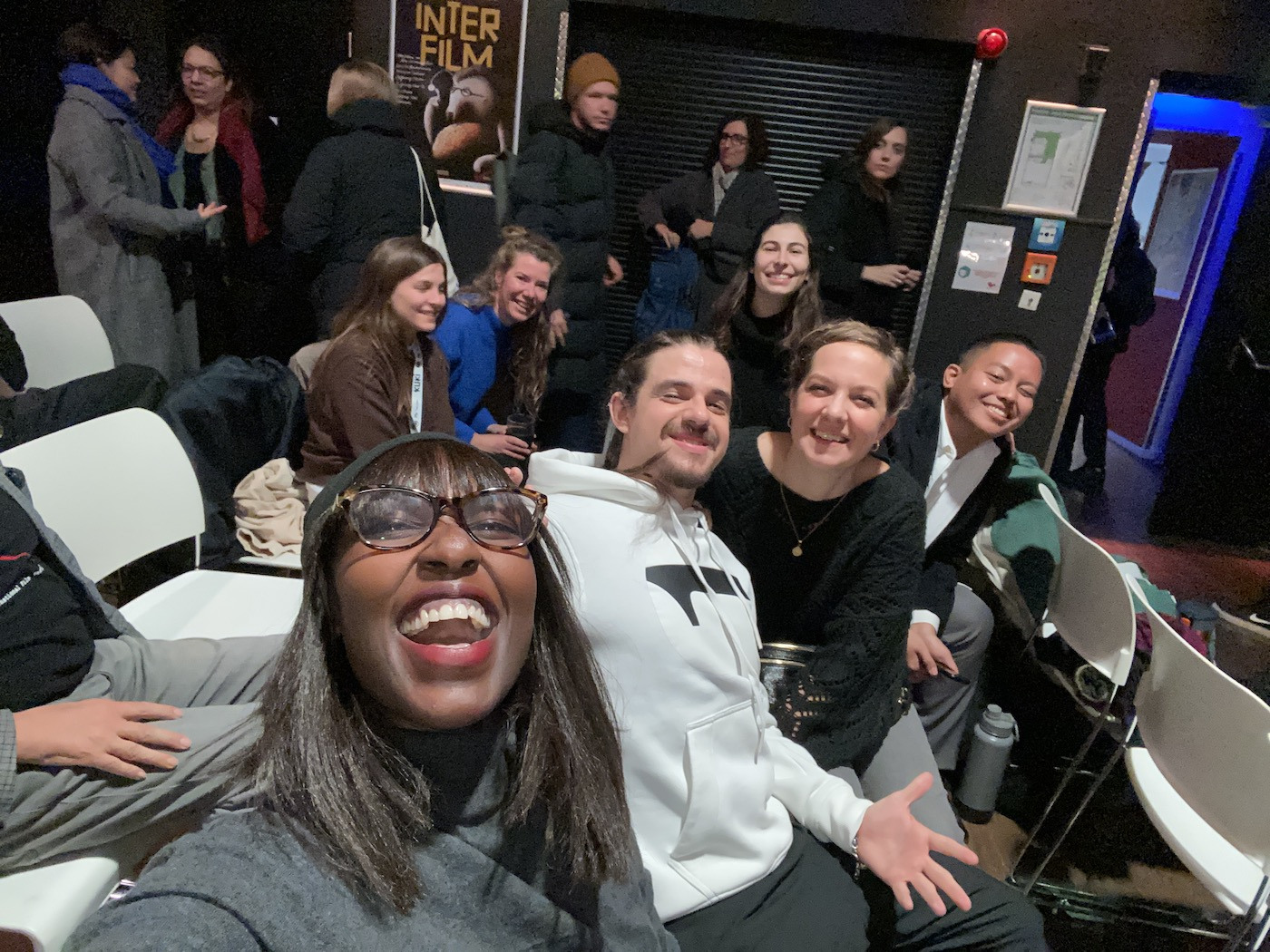 It was on November 19, 2022 that the eight selected finalists pitched their projects in front of the international jury for the chance to win €2.000 from CineSud and access to the CineSud ShortsLab 2023 coaching program. The participants who took part were:

The jury chose Hilke Rönnfeldt with her project Deep Sea Blue as the winner:

We, the jury, have decided to award a visual essay that uses the short film format to experiment with its subject on different cinematic layers. Thanks to the sharp vision of Hilke Rönnfeldt, it questions the construction of borders. We believe the director will create an experiment that will leave a deep blue spark with the audience, just as the script and the pitch left with us. The Interfilm Script Pitch award 2022 goes to Deep Sea Blue by Hilke Rönnfeldt.

Hilke will receive the €2.000 grant from CineSud and coaching in the CineSud ShortsLab 2023. CineSud and Hilke are no strangers to each other: in 2020 she won the Award for Best Film at our SHIFT Film Festival. We look forward to working with Hilke during our ShortsLab 2023.

Hilke shares her thoughts on winning this award and what her project is about;

The project Deep Sea Blue is an experimental hybrid short film. It follows a ship's officer that accidentally and unauthorized crosses a sea border and suddenly is confronted that even if invisible, her life at sea is filled with borders and separation. She dives into this stream of thoughts while she works through the routine of her day. Her longing for connection grows and she needs to find a way to restore unity.

My first encounter with CineSud was in 2020 when I had submitted my short film Silence of the Fish to SHIFT Film Festival, which got selected and even won the prize for Best Short Film (the first prize I ever received for a film project) and and also gave me the opportunity to participate in some great online masterclasses during the festival.

As our project Deep Sea Blue is an abstract and experimental short that doesn't follow a clear and strong narrative structure and is more of a visual exploration of a theme, the award shows me that there is also an appreciation and room for that type of film and it is a huge encouragement to keep exploring different forms in the short filmmaking.

Since 2020, our partnership with Interfilm Berlin has led us to also playing a leading role in the field of talent development in film beyond our borders. This collaboration opens yet again more international possibilities for CineSud and our participants, possibilities such as stimulating co-productions between the border countries, bringing together film talents on an international level. In addition to our other international activities, such as becoming an active member of Screen Talent Europe, Film Talents to Cannes and Director’s Village, Dutch and international filmmakers benefit from the possibilities that CineSud has to offer.

Vincent Jansen also took the opportunity to share his experience with us;

Thanks to CineSud, I had a chance to visit the 38th instalment of the InterFilm Festival in Berlin, which was a rather refreshing experience. The festival explored an innovative way of presenting a festival, from the “Long Night of Weird Shorts” to the “trigger warnings” at the beginning of film blocks. As one does while visiting a film festival, I have seen an enormous amount of films that inspired me immensely in my search to find my voice as a filmmaker. The short films that were shown spoke about questions of global justice, colonial heritage, climate change, the changing environment, representation, personal development, political participation and many other political topics. Which is more than understandable and necessary within the world we live in today, but met above all high standards of quality.

I enjoyed the opportunities I got to network and meet new people within the landscape of cinema. Even though this was the first time I joined industry events as a professional, I felt welcomed within the community. And made some great new friends and work relations along the way. The workshops at the festival were excellent, giving me a new and in depth look at the world of film. Shinji Manlangit’s masterclass on short film packaging was my personal favourite, giving great advice on future projects. 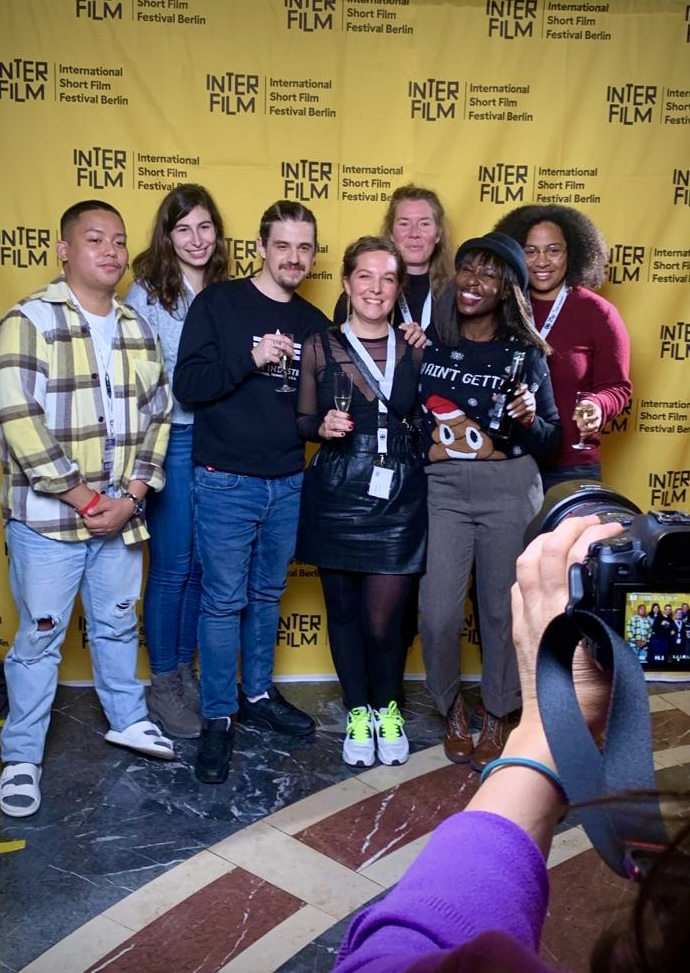